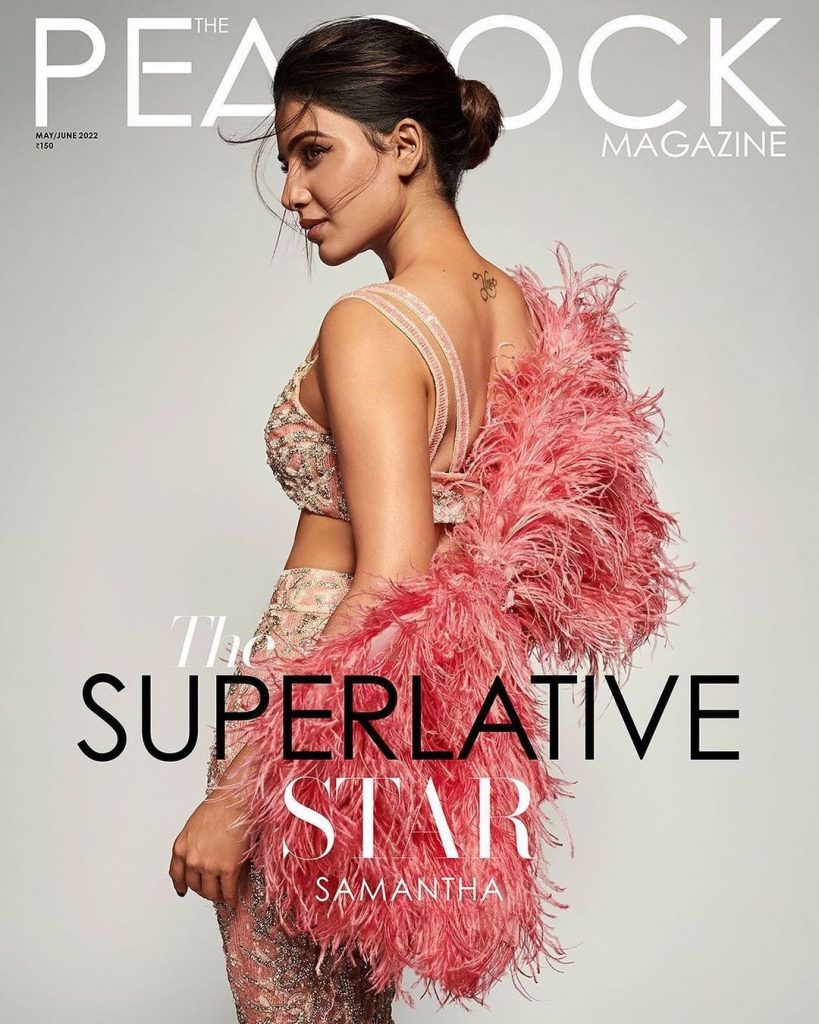 Samantha Ruth Prabhu was just featured on the cover of a fashion magazine. The actor spoke up about a variety of topics in the accompanying interview with the cover shoot, ranging from body image difficulties to her professional trajectory. Samantha turned 35 last week and spent her birthday on the set of her upcoming film while filming.

Samantha is a leading actress in the Telugu and Tamil cinema industries, having appeared in a number of critically acclaimed and commercially successful films. In 2021, she made her OTT debut in the Amazon Prime Video Series the Family Man, in which she played an extreme.

The Peacock Magazine, founded by fashion designers Falguni and Shane Peacock, had the actor on the cover. On Friday and Saturday, Samantha posted several photos from the shoot on Instagram. Samantha is dressed in a glittery wine-colored costume for the cover photo. She discusses how she overcome her body image concerns and developed confidence in the accompanying interview.