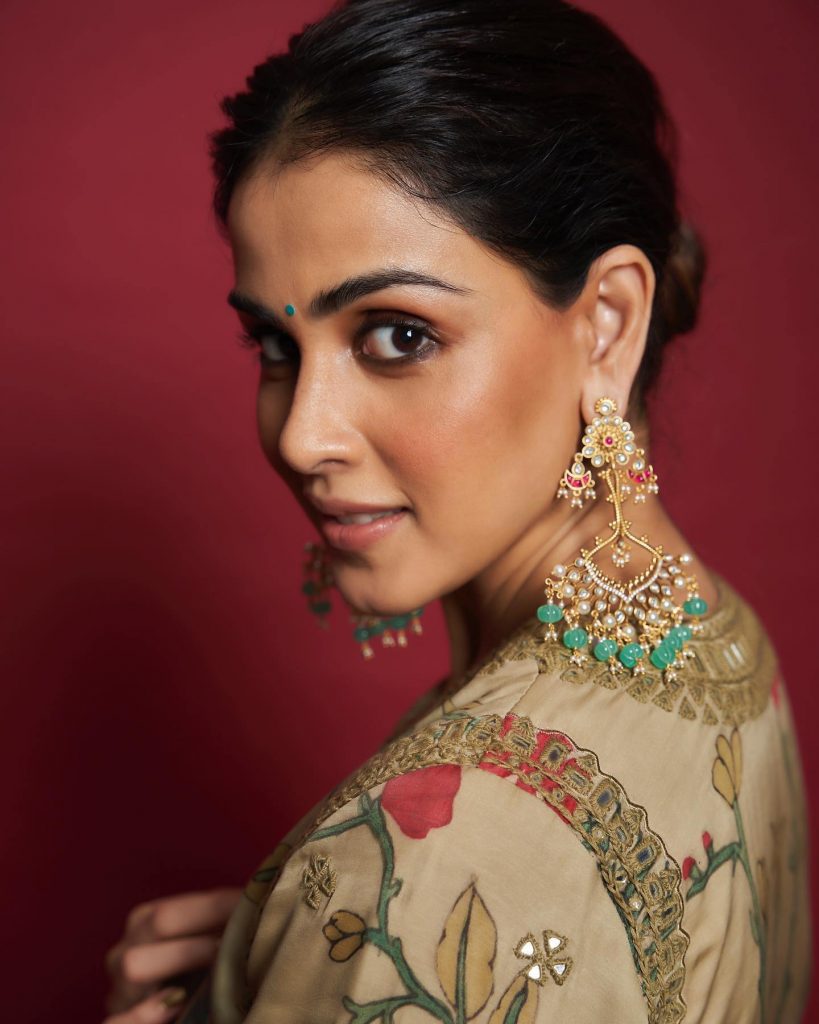 In the Hindi entertainment industry, Genelia D’Souza is one of the most beautiful and accomplished divas. From the beginning of her film career until the present, everything has worked out beautifully for her in every aspect. She’s currently married to the ‘love of her life,’ Riteish Deshmukh, and the two of them have been in love for a long time. Genelia accomplishes it all with ease, from posting beautiful images on social media to sharing the best of Instagram clips.

Her content is mostly about lifestyle, with some amusing couple videos with Riteish thrown in for good measure. But this time, the diva is spotted stabbing hearts with her latest ethnic ensemble, and guess what? For real, we’re smitten by her stunning ethnic look. Take a peek at the images below

Even though she is a North girl by name .. Genelia made her mark as a Telugu girl in the minds of the audience by entertaining herself as a heroine in Telugu movies for a while. His films and roles are still a favorite of many. Genelia moved away from movies after marrying Bollywood actor Ritesh Deshmukh.

Genelia is making a re-entry into Bollywood right now .. She is about to re-enter the South as well. Even though Genelia is away from movies, she keeps getting offers forever. But why not think of appearing on screen again recently. But after a while she was ready to act with a debut hero.